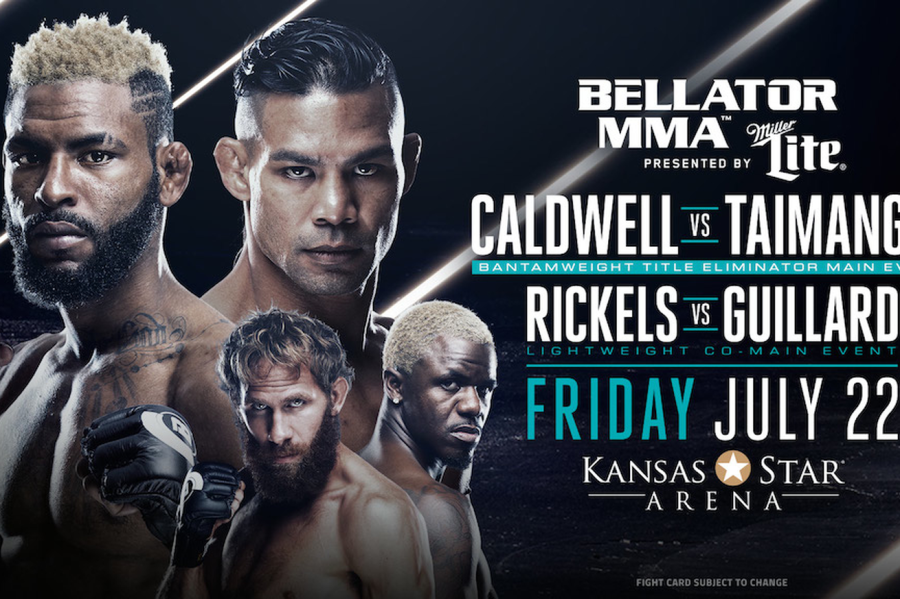 A week after their successful event at the O2 Arena in London, Bellator MMA returned to the United States for Bellator 159 on Friday night. The event was held at the Kansas Star Arena in Mulvane, Kansas. The night was headlined by a bout between Joe Taimanglo and Darrion Caldwell. Below are the full results from the Friday night’s event.