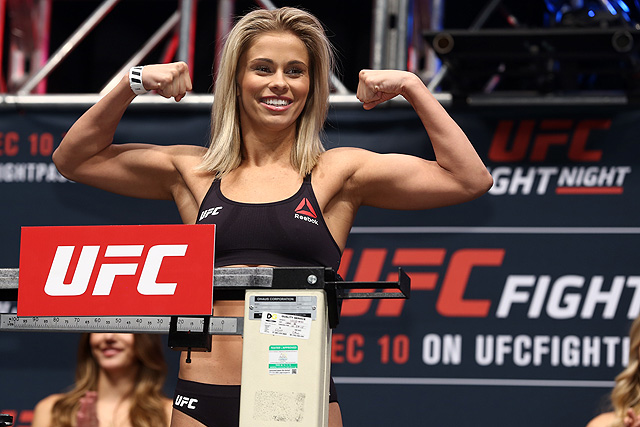 Following a very successful run on ABC’s “Dancing with the Stars” which saw her place second, UFC strawweight standout Paige VanZant is ready to step back in the octagon and fight. It was announced today that VanZant will return to face Bec Rawlings at an upcoming UFC on Fox event to be held on August 21. The event will be held in Vancouver.

VanZant (6-2) burst on the scene in 2014 and quickly rattled off three consecutive wins to start her UFC career. Since her debut, VanZant has grown in popularity with endorsement deals coming very quickly to the 22-year old fighter. Her appearance on “Dancing with the Stars” only helped her grow in popularity as it exposed her to an audience who may not typically watch the UFC. Before her stint on the reality series, VanZant lost to Rose Namajunas in December of 2015.

VanZant will be welcomed back into the octagon by Bec Rawlings (7-4) who is coming off back-to-back wins. Rawlings, a former “Ultimate Fighter” contestant, recently defeated Seo Hee Ham in March via a unanimous decision. A native of Australia, Rawlings has been fighting professionally since 2011 and spent time in Invicta FC before joining the UFC.

The UFC on Fox event will be held and the Rogers Arena in Vancouver, Canada.