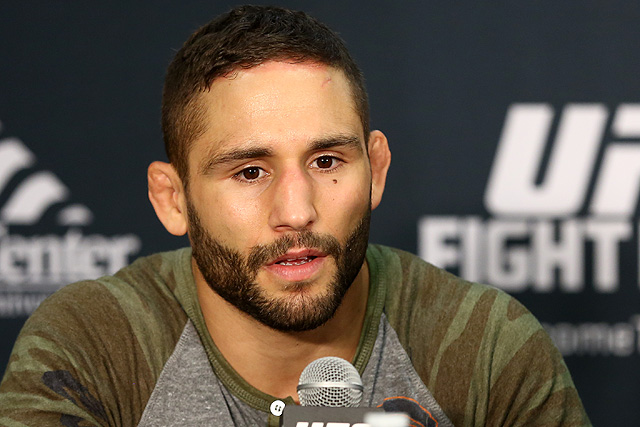 On June 10th news that former three-time UFC featherweight title challenger Chad Mendes was flagged for a potential violation by the United States Anti-Doping Agency (USADA) during an out of competition drug test. Almost three weeks had passed and the Team Alpha Male standout has made his first statement regarding the matter.

I didn't do my homework and that was a big mistake. I own it and I'm going to pay for it.

From the looks of it seems that Mendes will take full blame for the drug test failure. He is looking at a lengthy suspension that could cost him two years of his career. In the past fighters, such as Yoel Romero, have been able to get their suspension shortened if they could prove that they took a supplement that was not clearly marked with ingredients on the USADA banned list. It is hard to tell if that will be the card that Mendes will pull in his defense but only time will tell. If Mendes just decides to sit back and take what the USADA offers in terms of a suspension, he could not return to action until late 2017 or early 2018.

Mendes has not fought since his knockout loss to Frankie Edgar back in December of 2015.