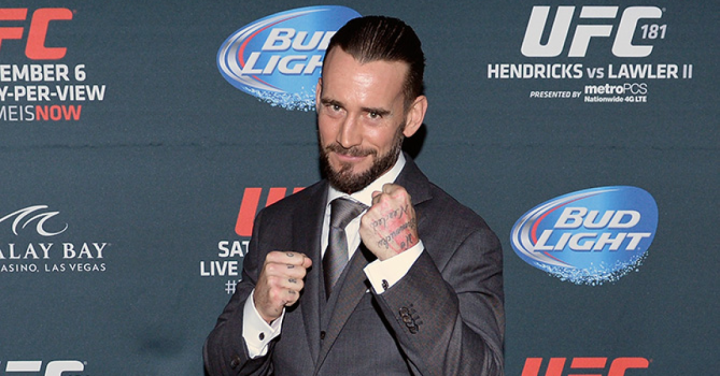 Two years after signing with the UFC, former WWE World Champion Phil “CM Punk” Brooks will make his UFC debut. He will face Mickey Gall at UFC 203 on September 10th. Punk’s debut has been delayed due to an injuries and according to some reports a “lack of progression” in his MMA training. With all that behind him fans can finally see what the Chicago native can do inside the octagon.

Since the announcement of his signing, Punk has been training with Milwaukee based fight camp Roufusport. Notable fighters who have come out of that camp are former UFC lightweight champion Anthony Pettis, former Bellator and current ONE Championship welterweight champion Ben Askren and Pettis’ younger brother Sergio.

Punk’s opponent Gall (2-0) “earned” the right to be the first man to face him after being showcased on the UFC’s web series “Looking for a Fight”. He won his UFC debut against Mike Jackson back in February with a first round submission. After the bout Punk entered the octagon to congratulate Gall in a somewhat awkward scene.

UFC 203 will take place at the Quicken Loans Arena in Cleveland, Ohio. The night will be headlined by a heavyweight championship bout as Cleveland native Stipe Miocic will defend his title against Alistair Overeem.