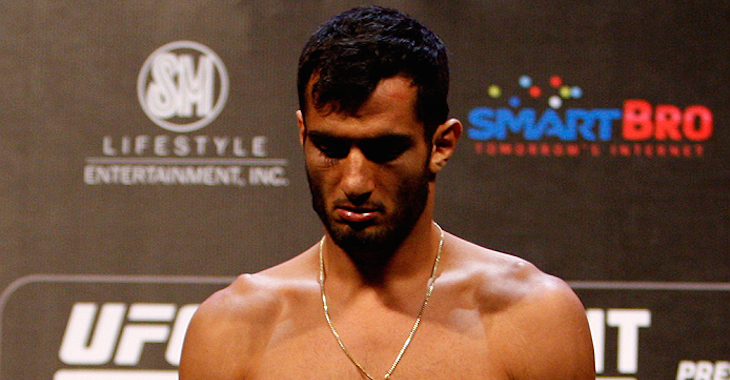 Following the injury to Derek Brunson, UFC middleweight Gegard Mousasi was left without an opponent for UFC 200. The matchmakers over at the UFC quickly found a replacement and it will be Thiago Santos stepping in to face the decorated Mousasi. The UFC announced the new match up on Monday.

Santos (13-3) will have a quick turnaround as he last competed at UFC 198 in May. There he knocked out Nate Marquardt in the first round. After losing to Uriah Hall in 2014 he has gone on to win four straight fights with three of those wins coming by way of knockout.

Mousasi will now have to shift his focus from Brunson, who was forced out of the bout with an eye injury, to Santos. Mousasi (38-6) has yet to really gain any real momentum in the UFC. His longest winning streak in the organization is only two fights. Another interesting fact about Mousasi’s time in the UFC, is that this will be the first time he will be on a pay-per-view event. Prior to this all 8 of his UFC bout have either taken place on a Fight Night or UFC on Fox event. His bout with Santos is expected to take place on the preliminary card with will air live on Fox Sports 1.

UFC 200 will take place on July 8th from the T-Mobile Arena in Las Vegas, Nevada.