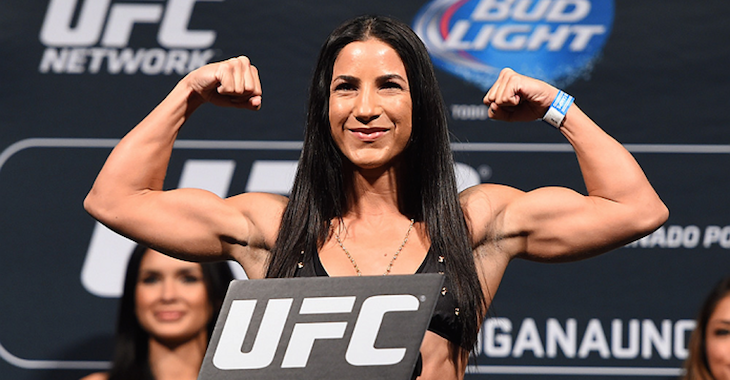 Following the news of Lyoto Machida’s usage of a banned substance, a women’s strawweight bout has been bumped up to serve as the co-main event. Rose Namajunas and Tecia Torres will now be featured as the night’s new co-headliner.

The news of Machida’s violation came at such a short notice that the UFC had no other choice but to remove his opponent, Dan Henderson, from the card completely. It its place will be the strawweight bout that has the potential to carry with it very heavy title implications.

Namajunas (4-2) is coming off the biggest win of her career as she stopped the momentum of fan favorite Paige VanZant back in December with a fifth round submission. Namajunas was the runner-up in the 20th season of the “Ultimate Fighter”. She lost finale to Carla Esparza but won many fans during her run on the show and showcased her potential to one day be a champion.

Torres (7-0) was also a contestant on that season of “TUF” and behind the eventual winner Esparza, she was considered a heavy favorite to win the entire thing. Though she lost during the season’s taping she remains undefeated in her professional career. She is 3-0 in the UFC with all of her wins coming by way of decision.