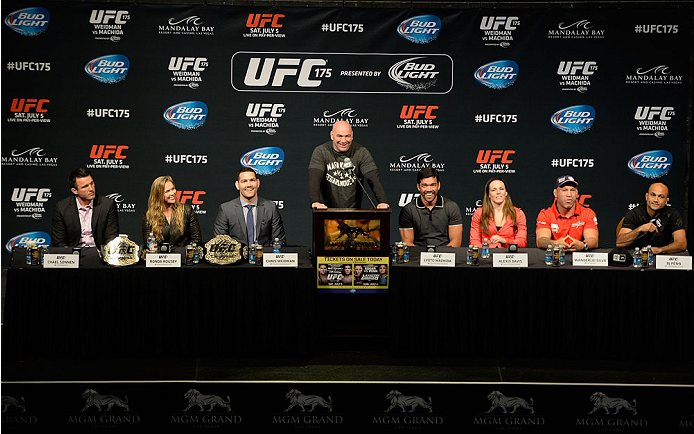 After the signing Fertitta announced that the UFC will make its official debut in the state on November 12th for UFC 205 at Madison Square Garden. No bouts were announced but you can imagine that the UFC will try their hardest to pack that card with as many stars as possible. In regards to finally being able to have an event at in the state of New York and at the Garden, Fertitta said, “It’s been a long hard process, but the fact is we’re finally here and we’re very happy about that. This is a great market for us, and we look forward to doing business here.”

Former middleweight champion Chris Weidman has campaigned for some time to be placed on the inaugural New York event. He has a bout scheduled on June 4th against current champion Luke Rockhold. The timing should line up so that Weidman, a New York native, can be on the card.

It should also be noted that UFC president has made repeated statements that former bantamweight champion Rhonda Rousey will return to action sometime around October or November. Having Rousey, arguably the company’s biggest star, on this historic card would make sense financially.

The bill to have MMA in New York was passed on March 22, 2016 when legistators in the State Senate voted in favor of making the sport legal.