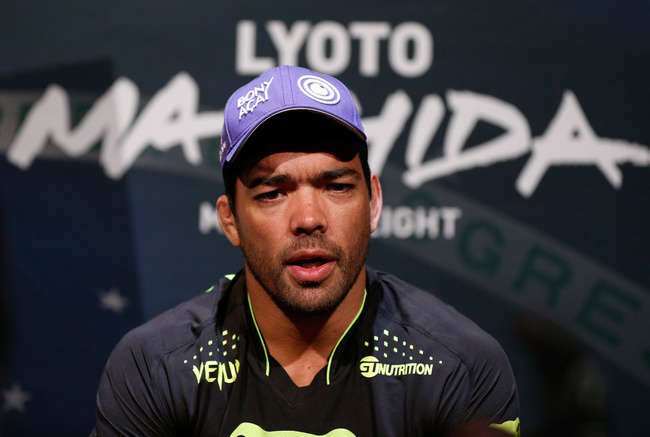 Shortly after news broke that former UFC light heavyweight champion Lyoto Machida had voluntary admitted to the US Anti-Doping Agency that he had taken a substance on the banned list and was removed from his upcoming bout against Dan Henderson, the fighter took to his official Instagram account to tell his side of the story. You can see the post below.

I'm here to tell you that I was caught by surprise by this news. It has been very dificult for me. I've trained a lot for this fight, I've dedicated a lot with all my team mates. I want to tell you that I really didn't know about this substance, so I listed it on my declaration form amongst everything else I was taking, and this substance was recently banned in 2016, so I take the blame for not knowing that, and I'd like to say I'm really sorry and apologize to my fans, team mates, and my family… I always try to play by the book, but unfortunately this happened. — The supplement used by Lyoto was 7-Keto, that contains the substance DHEA, found in products sold at supplement stores and very popular among athletes from various spots.

In the statement Machida admits that he was taking a supplement called 7-Keto and that it contains the substance DHEA, which is an endogenous steroid hormone. According to Machida he listed the supplement on a declaration form but soon found out that it was on the USADA’s  banned list. Subsequently he had violated the anti-doping rules and was forced off his upcoming bout against Dan Henderson.

In the statement Machida took full responsibility for the violation, “I take the blame for not knowing…and I’d like to say I’m really sorry and apologize to my fans, [teammates], and my family.”

There is no official word yet on what type of punishment will be handed down, if any, to Machida.