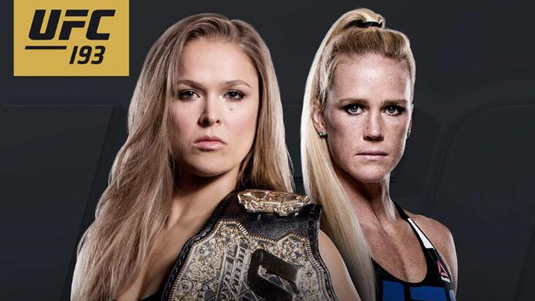 The “Embedded” series has usually been shown strictly online through the UFC’s YouTube channel but when Ronday Rousey is on a card the company tends to go big on promoting her fights and UFC 193 is no exception. Over the weekend a special edition of the “Embedded” series aired on Fox which focused on Rousey and her opponent for this weekend’s card Holly Holm. Below is the full episode in case you missed it or if you just want to re-watch and get pumped for UFC 193 this Saturday November 14. The card will take place at the Etihad Stadium in Melbourne, Australia. A women’s strawweight championship bout will serve as the co-main event as Joanna Jedrzejczyk looks to defend her title against Valerie Letourneau.