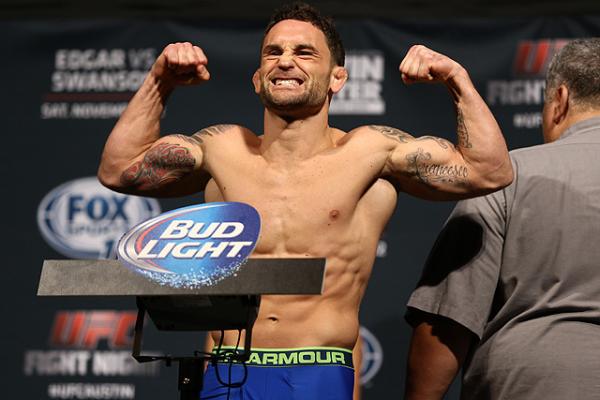 Avid MMA fans everywhere are surely to be excited for the fight announcement between Chad Mendes and Frankie Edgar. The bout will serve as the main event for the Ultimate Fighter Season 22 Finale and will be held on December 11.

Edgar had been vocal on social media about getting a fight as soon as possible especially after it was Mendes and not he who was selected to step in for the injured Jose Aldo against Conor McGregor back at UFC 189. The two fan favorites will now face off in a bout that will surely have heavy title implications.

Edgar (19-4-1) is coming off a decision win over Mendes’ Alpha Male teammate Urijah Faber in May and overall the former lightweight champion is on a four-fight win streak. Since dropping down to the featherweight division in 2013, Edgar has gone 4-1 with his only loss coming to champion Jose Aldo. The loss to Aldo was Edgar’s first bout at the 145-pound weight division after spending his career in the lightweight division.

Mendes (17-3) is coming off a stunning loss to Conor McGregor at UFC 189 in where he was, by all accounts, winning the fight with his wrestling. Towards the end of the second round McGregor was able to get back to his feet and land a fury of punches that sent Mendes down to the canvas and forcing the referee to stop the bout. Mendes took the bout on just two weeks notice and despite the loss is still considered by many to be one of the best fighters in the division. It should also be noted that all three of Mendes’ losses have come in UFC title fights.