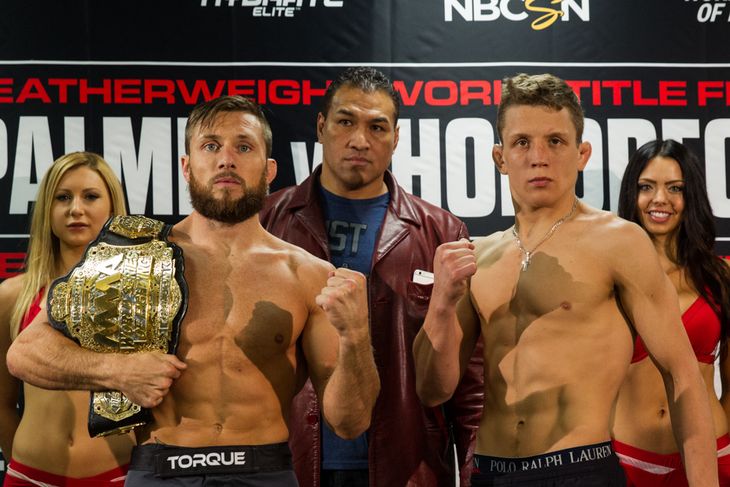 The WSOF returned to action on Friday night with two titles on the line. WSOF 21 took place live at the Edmonton Expo Centre in Edmonton, Alberta, Canada. The main event featured a featherweight championship bout between Lance Palmer and Chris Horodecki. The co-main event was a contest between Blagoi Ivanov and Smealinho Rama to crown the new WSOF heavyweight champion.

Lance Palmer, who is a member of Team Alpha Male, showed his superior wrestling skills and nullified any offense from Horodecki. Palmer had little trouble taking the fight to the ground and from there was able to secure a rear naked choke for the win with just under 30 seconds left in the first round.

Below are the full results from WSOF 21.