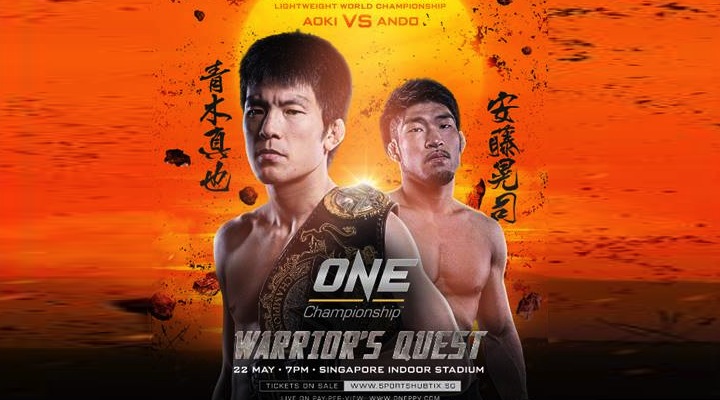 Aoki used his grappling skills to neutralize any offense from Ando. Once on the ground Aoki was able to unleash a series of elbows and punches that busted open Aoki’s face. The pattern of grappling and elbows would lead Aoki to his eighth straight win.

The straw-weight championship bout began like a normal fight but ended in a confusing manner. The first three rounds saw Sor Amnuaysirichoke use his muay thai and takedown defense to dominate the fight but things started to get strange in the fourth round.

Sor Amnuaysirichoke poked Doliquez in the eye and then shortly after that he kicked him in the cup. After the two fouls, Doliquez took a shot to the head and after being rocked ask the referee for a timeout and the referee oddly granted it. The unnecessary timeout cause an uproar and lead to confusion cage-side. There was so much confusion that the fight was stopped after four rounds. The judges presented their scorecards and all of them had Sor Amnuaysirichoke winning the bout unanimously.