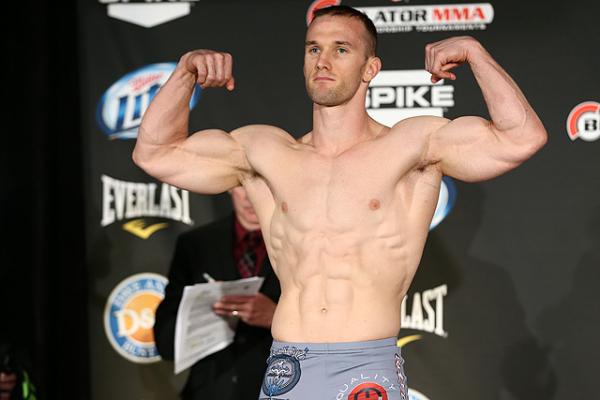 Bellator 137 is set to take place on Friday. On Thursday Bellator MMA held their official weigh-ins for their event. Things were going smoothly as all of the scheduled fighters were making their weight but when it came time for the co-main event and main event fighters to be weighed in that is when things went a little south. Participants of both the main event and co-main event failed to make weight. Besides anger and disappointment, Bellator officials must be feeling a little embarrassed by the lack of professionalism from its fighters.

The night’s main event was scheduled to be a middleweight championship bout between current title holder Brandon Halsey and challenger Kendall Grove. Grove came in on weight but it was the champion Halsey who tipped the scales. The champion came in three pounds over the 185-pound weight limit. His official weight was 188.1 pounds.

The co-main event also saw one of its participants over the weight limit. A bantamweight bout between Mike Richman and Eduardo Dantas is in jeopardy as it was Richman who failed to come in at the 135-pound weight limit. Richman came it at 139.9 pounds almost five pounds over the limit. After his failed attempts at making weight, Richman told Bellator announcer Jimmy Smith that he hopes Dantas would still want to fight him. As of this publishing the fight as not been cancelled.