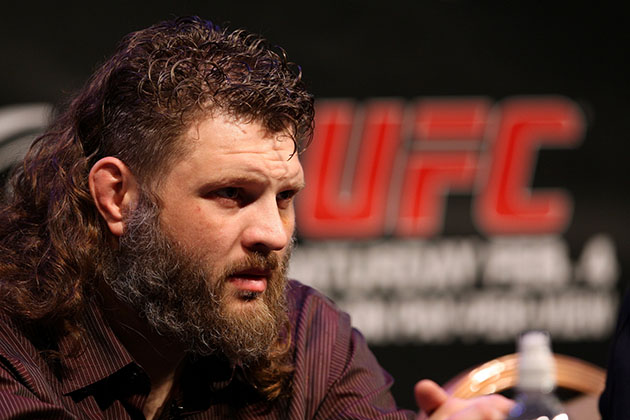 A heavyweight clash between Joh Barnett and Roy Nelson will headline the UFC’s return to Japan in the Fall. The fight was announced during Thursday’s media session for Saturday’s UFC Fight Night card in the Philippines. Not only will Barnett and Nelson go head to head inside the octagon, they will also serve as coaches in a new reality series by the UFC entitled “Road to UFC: Japan”.

The new reality show will be a scaled back version of the Ultimate Fighter. It will follow eight Japanese prospects as they compete with one another to earn a UFC contract. The television series will air in Japan and will begin filming later this month. Barnett and Nelson will serve as coaches but no other details were given about the show’s format.

Barnett (33-7) did not fight in 2014 but was recently seen competing at Metamoris 6 where he defeated Ryron Gracie with a toehold. He last fought in the UFC back in December of 2013 when he faced Travis Browne. Barnett went on to lose the bout via a first round TKO.

Nelson (20-11) has had a rough go of it lately with only one win in his last five bouts. Despite always being on the bad side of UFC president Dana White, Nelson is somewhat of a fan favorite and has always delivered exciting fights. He is currently on a two-fight skid with his last loss coming via decision to Alistair Overeem at UFC 185.

Barnett has an extensive fighting history in Japan. He debuted for the PRIDE organization in 2003 and fought on Japanese soil on a consistent basis all the up until 2010. He has also wrestled professionally for the New Japan Wrestling Promotion in the past. Barnett is no stranger to the Japanese people and should be the fan favorite going into the bout. Nelson, on the other hand, has only competed once in Japan and that was against Mark Hunt back in September of 2014. The debut would prove to be not so memorable for Nelson as he lost the fight via a second round knockout.

The bout is expected to take place on September 27 at the Saitama Super Arena.