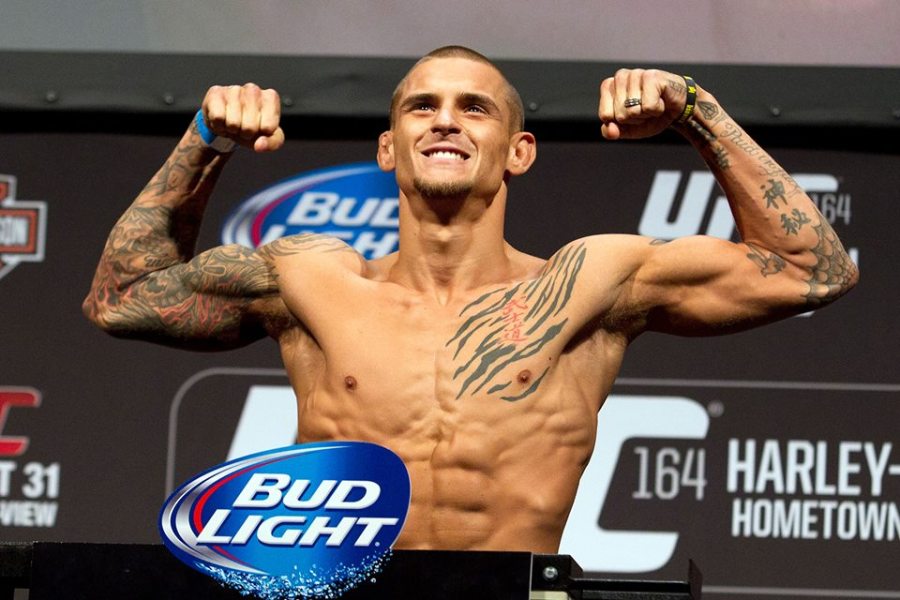 Last week the UFC announced that it will make its debut in Hidalgo, Texas on September 17th. The small city is located next to the United States and Mexican Border. The event will take place at the State Farm Arena. The event is now starting to take shape as the UFC has announced two featured bouts for the card.

A lightweight bout between Michael Johnson and Dustin Poirer is expected to be the night’s main event and a middleweight bout will serve as the co-main event as Derek Brunson will take on Uriah Hall.

Johnson (16-10) is ranked 10th in the official UFC lightweight rankings but has been out of action since December of 2015 with injuries. He is currently riding a two-fight losing streak but prior to that he had a four fight win streak that stretched from 2013 to 2015.

Poirer (20-4) is looking to continue his impressive run in the lightweight division. Since moving up from the featherweight division he as has gone 4-0 with three of those wins coming by way of KO/TKO. He last competed at UFC 199 where he knocked out Bobby Green in the first round.

The night’s co-main event will feature the dynamic striking of Uriah Hall (12-6) who is coming off a loss to Robert Whittaker at UFC 193. Four of his five UFC wins have come by way of TKO. His biggest win to date is over Gegard Mousasi. He is currently ranked number 9 in the middleweight division.

Brunson (15-3) is currently on a four fight win streak and was scheduled to face Gegard Mousasi at UFC 200 but an injury at the last-minute forced him off the card. His last three wins have come by either KO or TKO.