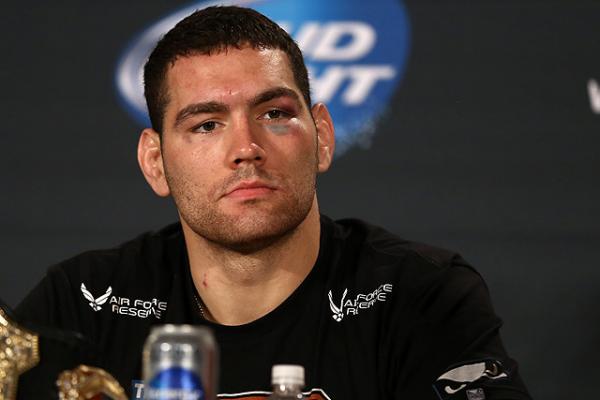 The UFC cannot seem to escape the injury bug. Yet another big match up has to be scrapped due to an unforeseen injury. Former middleweight champion Chris Weidman has been forced out of his main event bout against Luke Rockhold at UFC 199 due to an injury.This now marks the fourth time that Weidman has had to withdraw from a fight due to an injury.

UFC 199 is scheduled to take place on June forth at the Forum in Los Angeles, California. As of this writing there has been no official word on if the UFC will find a replacement for Weidman or pull champion Luke Rockhold from the card altogether. The night’s co-main event between Dominick Cruz and Uriah Faber for the bantamweight title may be bumped to headlining spot if a replacement cannot be found.

Rockhold defeated Weidman at UFC 194 to claim the middleweight championship. Though the fight ended with a TKO and left Weidman a bloody mess, the UFC felt a rematch was in order.