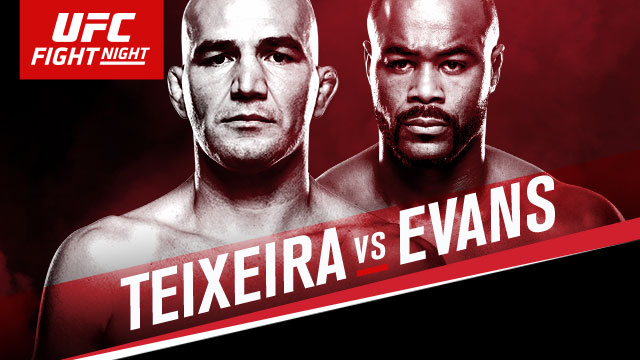 The UFC returned to Fox on Saturday with a card that had been shuffled around quite a bit do to injuries and PED allegations. Nonetheless the fights that were on the card delivered in action and provided story lines to follow in the UFC.

For a long time Glover Teixeira was considered one of the most dangerous fighters in the UFC’s light heavyweight division. He was on a 20-fight win streak when he met then champion Jon Jones in  2014. Like he did with just about everyone he has ever fought, Jones made Teixeira look mediocre en route to a unanimous decision victory. After the bout a bit of Teixeira’s stigma was lost and he was no longer feared as much. The Brazilian would drop his next bout to Phil Davis further adding to the speculation that he had lost some of his luster. However those thoughts were quickly erased as Teixeira would go on to earn a submission win over Ovince St. Preux and a knockout win over Patrick Cummins before entering Saturday’s bout against former champion Rashad Evans.

Teixeira would continue his winning streak as he scored a knockout out on the former light heavyweight champion in the first round. After the bout Teixeira called out top ranked light heavyweight Anthony “Rumble” Johsnon.

The night’s co-main event saw a tough battle in the women’s strawweight division. Rose Namajunas picked up another impressive win as she took home a unanimous decision win over the formerly undefeated Tecia Torres. With the win Namajunas has put herself in a position for a title shot.

Saturday also marked the return of undefeated lightweight Khabib Nurmagomedov. Khabib was originally scheduled to face off against Tony Ferguson but an injury forced Ferguson off the card. Khabib returned after two years battling injuries but seemed to pick up right where he left off as he made quick work of Darrell Horcher.

Below are the full results and highlight videos from Saturday’s UFC on Fox card.