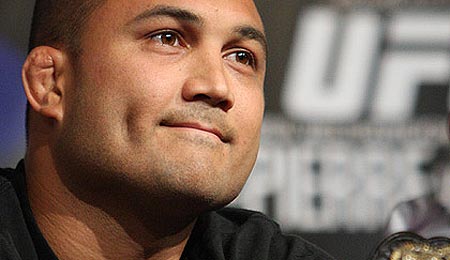 Former UFC lightweight and welterweight champion BJ Penn will return to action after a short retirement. It was announced today that Penn will face Dennis Siver at UFC 199 on June 4th in Los Angeles, California. The bout will take place in the featherweight division.

Penn (16-10) made his featherweight debut back in 2014 when he met rival Frankie Edgar after the two spent a season coaching opposite each other on the “Ultimate Fighter”. Over the span of his career Penn has fought weight classes varying from 145-pounds to 195-pounds.

In the past few months Penn has been posting on social media that he was training with Greg Jackson in New Mexico and made his intentions known that he was looking to get back in the octagon. It has not been smooth for the 37-year old Penn, who has just one win in his last seven bouts but his past resume and natural ability has always kept him in the elite category of mixed martial artists.

Siver (22-11) is also 37-years old and is a veteran of MMA for over 10 years. Like Penn, he has had a rough go of it lately only having one win in his last five bouts. This bout could be a make or break for both men unless the both turn in an impressive performance.