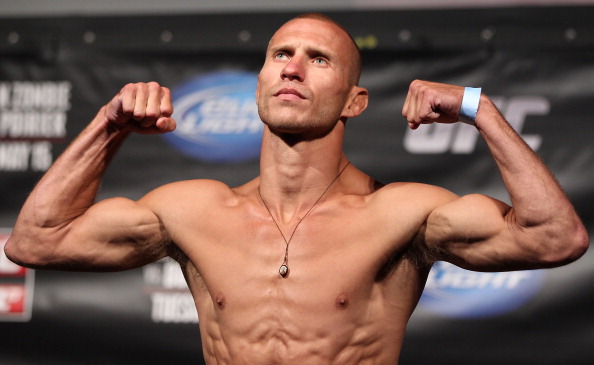 Earlier this week Donald Cerrone teased that a big announcement would come soon to his fans via social media and on Friday he delivered. The longtime lightweight standout will be moving up to the welterweight division for his next bout.

The UFC announced that the former lightweight title challenger will face Tim Means in the main event for an upcoming Fight Night card at Consol Energy Center in Pittsburgh, PA on February 21.

Cerrone (28-7) is coming off a knockout loss to lightweight champion Rafael Dos Anjos. The loss halted Cerrone’s eight-fight win streak and was his second career loss to Dos Anjos. Cerrone has done pretty much all he could at lightweight, short of winning the title. His popularity with fight fans still makes him a valuable asset for the UFC and maybe a run at welterweight will end with gold around his waist.

Means (25-7-1) has only one loss in his last six bouts and is coming off a KO win over John Howard. Means has an overall record in the UFC of 7-4 and is currently not ranked in official welterweight rankings.