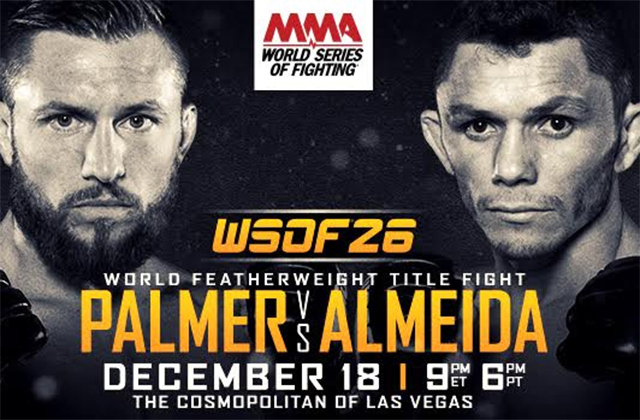 In a bit of an upset WSOF featherweight champion Lance Palmer was defeated on Friday night by Alexandre Almeida in a closely contested bout. Almeida won the featherweight title via a unanimous decision scoring 48-47 on all three score card in the main event for WSOF 26. The event was held at Chelsea at The Cosmopolitan of Las Vegas and aired live on the NBC Sports Network.

Almeida sprinted out to a big lead in the early rounds by establishing his standup and using his long frame to keep Palmer at bay. As the bout entered the championship rounds, Palmer started to mount a comeback. He landed several takedowns but was not able to keep Almeida on the ground long enough to inflict any real damage.

Palmer’s late push was not enough in the eyes of the judges and he suffered his first loss since 2013. Below are the full results from WSOF 26.