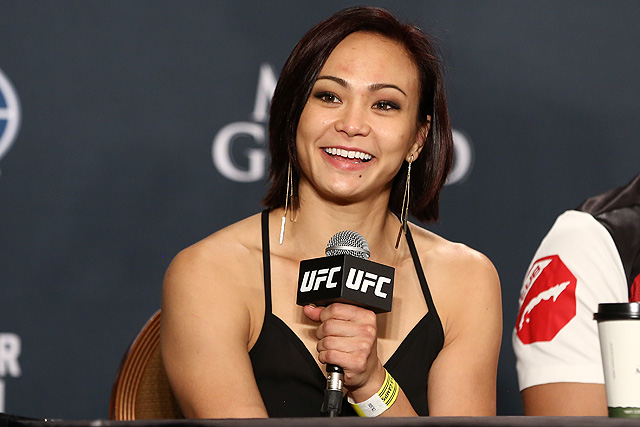 An undisclosed injury has forced Michelle Waterson out of her UFC 194 bout against Tecia Torres. News of Waterson’s injury was first reported by MMA Junkie.

UFC 194 is set to take place on December 12 and there has been no word on if the UFC will try and find a replacement for Waterson or pull Torres from the card completely. With just about three weeks until fight night it may be difficult to find someone to step in.

Waterson (13-4) is a former Invicta FC atomweight champion and debuted for the UFC back in July where she defeated “Ultimate Fighter” alum Angela Magana via a rear-naked choke. She also owns a win over former strawweight title challenger Jessica Penne and has eight career submission victories.

Torres (6-0) is undefeated in the UFC and is also a former “Ultimate Fighter” contestant. All of her career victories have come by way of decision and she is currently ranked number 4 in the official UFC strawweight division.

UFC 194 will be held on December 12 from the MGM Grand Garden Arena in Las Vegas, Nevada and will headlined by the highly anticipated featherweight championship bout between Jose Aldo and Conor McGregor.