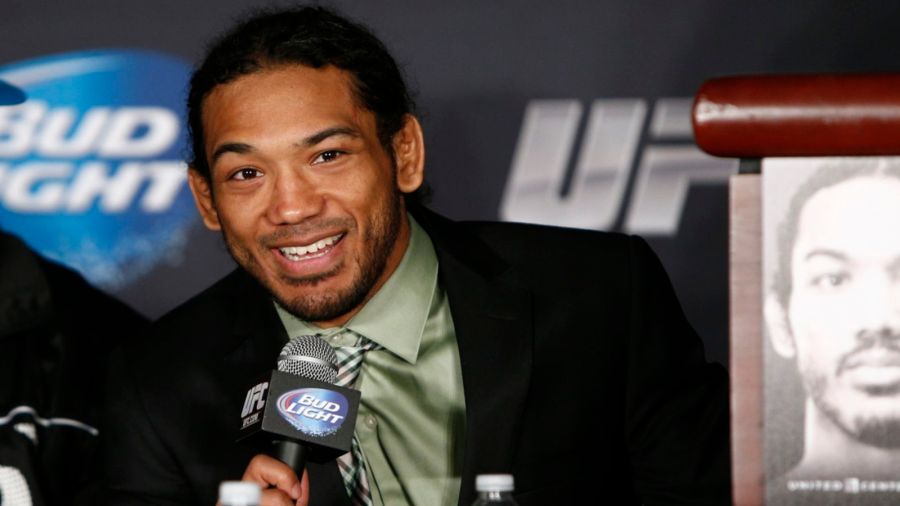 The UFC is planning on making another debut in yet another country this year. It was announced in May that the UFC had plans on having a card in Korea. Now only a few short months after it has been announced that former UFC lightweight champion Benson Henderson will be part of the main event. Henderson’s opponent will be former welterweight title challenger Thiago Alves.

For Henderson (22-5) this will be his second fight in the welterweight division. The former lightweight champion has not officially confirmed his permanent move to 170-pounds but this will be a firm test to see if this is the division he would like to stay in. After losing his title to Anthony Pettis in 2013, Henderson went on to a 2-2 record in the lightweight division. After suffering back-to-back loses to Rafael Dos Anjos and Donald Cerrone, he would take a short notice bout against Brandon Thatch in the welterweight division and turned in a successful performance.

Alves (21-10) has battled inconsistencies and injuries since his title fight against Georges St. Pierre 2009. Prior to that title match he had won seven consecutive fights but since then he has only put tougher back-to-back wins once. He is coming off a doctor’s stoppage loss to Carlos Condit. Condit almost smashed Alves’ nose back into his face during the bout. The nose break was so severe that the cage side doctor had no other choice but to stop the bout.

UFC Fight Night: Henderson vs. Alves will take place on November 28 from the Olympic Gymnastics Arena in Seoul, South Korea.