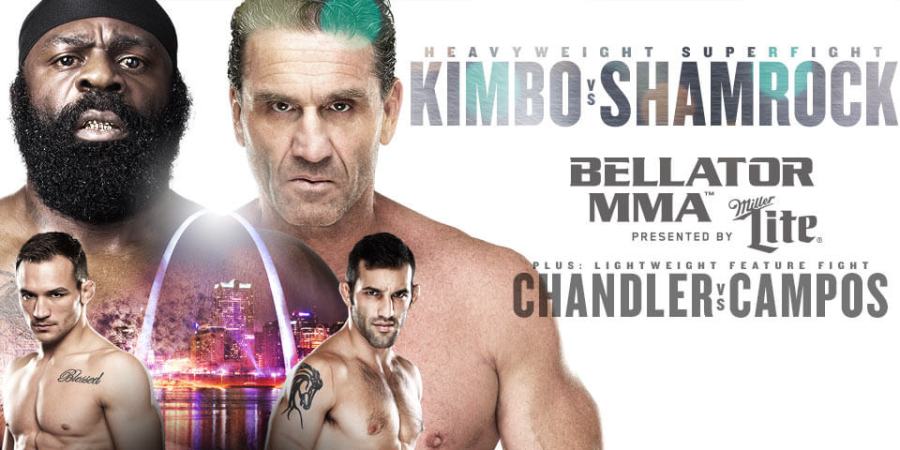 Bellator delivered another head scratching main event on Friday night. 51-year old Ken Shamrock was locked inside the cage with 41-year old Kimbo Slice. The bout was originally supposed to take place in 2008 but did not happen due to an injury suffered by Shamrock. Seven years later MMA fans were not given much as Slice was able to put away Shamrock with a first round TKO.

Shamrock immediately went for a takedown and almost had Slice with a submission. Slice was able to escape the submission attempt and land a few blows on Shamrock who fell right on his backside. Referee Jon McCarthy stepped in before anymore damage could be inflicted on the 51-year old Shamrock.

Also on the card featherweight champion Patricio “Pitbull” Friere retained his title by knocking out Daniel Weichel in the second round. Heavyweight standout Bobby Lashley also had a knockout win of his own by defeating Dan Charles with a second round TKO and former lightweight champion Michael Chandler got back on the winning side of things by making quick work of Derek Campos with a first round submission. Below are the full results from Bellator 138.