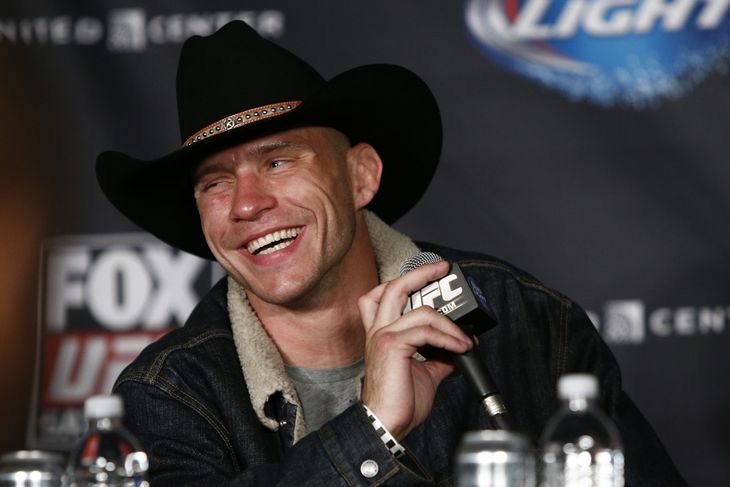 It was a forgone conclusion that with a win on Saturday Donald “Cowboy” Cerrone would become the number one contender in the UFC’s lightweight division. Dana White confirmed such assumptions to UFC.com stating that Cerrone would be next in line for a chance a lightweight gold.

“Absolutely. Cowboy is definitely the contender, he’ll fight anybody, anywhere, anytime. He always keeps his composure. He picks his shot. He takes his time. He looked great again tonight. Cowboy is next in line” said White.

Cerrone (28-6) is coming off a second round TKO over John Makedessi at UFC 187, a win in which he broke the jaw of Maddessi. With that win, the man they call “Cowboy” stretched his consecutive victory streak to eight. During the streak he has compiled wins over Edson Barboza, Jim Miller, Eddie Alvarez, and Benson Henderson. Cerrone has also proven to be a finisher as five of those eight wins have come by either knockout or submission.

Since entering the UFC in 2011, Cerrone has gone 15-3 with losses coming to Nate Diaz, Anthony Pettis, and current lightweight champion Rafael Dos Anjos.

Dos Anjos is currently recovering from sidelined with a knee injury and there is no timetable as to when he can return to action. Dana White or the UFC have not officially stated a target date for the bout between Cerrone and Dos Anjos but reports have surfaced that the champion is targeting the end of the year for a return.