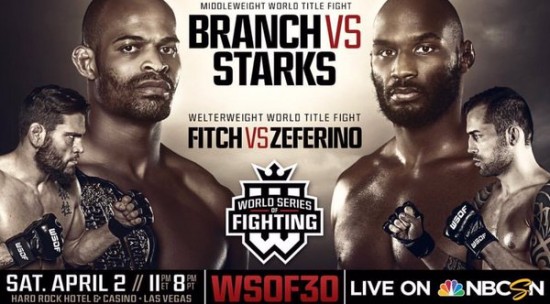 The World Series of Fighting returned to television on Saturday night with two championship bouts. One of the company’s brightest star David Branch put his middleweight title on the line against Clifford Starks and former UFC title contender Jon Fitch clashed with Joao Zeferino for welterweight gold.

Below are the full results from WSOF 30 which took place from the Hard Rock Hotel & Casino in Las Vegas and aired live on the NBC Sports Network.