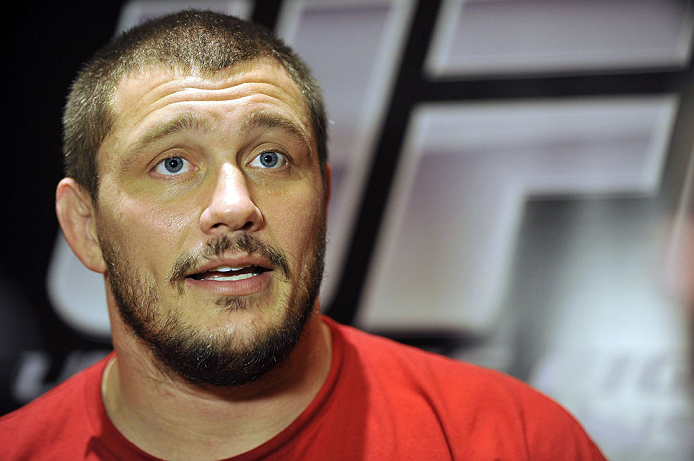 UFC heavyweight and former TUF contestant Matt Mitrione has signed a four-fight deal with Bellator MMA. Mitrione announced the deal himself while appearing as a guest on the “MMA Hour”.

Mitrione (9-5) entered the world of mixed martial arts after a stint in the NFL. He was part of the 10th season of the “Ultimate Fighter” and has spent his entire MMA career under the UFC’s banner. After completion of the TUF season Mitrione won his first five bouts and looked like he could be a legitimate threat in the heavyweight division. He suffered a setback after dropping back-to-back losses to Cheick Kongo and Roy Nelson. “Meathead” would then go on to win four of his next five bouts before dropping his last two fights to Ben Rothwell and Travis Browne.

While has proven to be an above average heavyweight, at 37 years old the UFC may have seen it not wise to invest in Mitrione any further. According to Mitrione the UFC declined to match Bellator’s contract offer. Officials for Bellator have yet to announce a debut date and opponent for Mitrione.