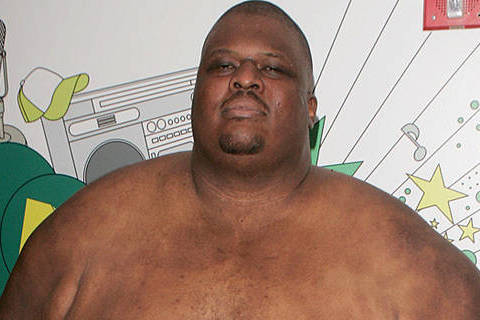 Emanuel Yarbrough, a former sumo wrestler and who famously fought at UFC 3 has passed away at the age of 51. Yarbrough passed away on Monday in Richmond, Virginia. The cause of death is not yet known.

Yarbrough was a lifelong athlete having wrestled and played football at Morgan State University. He was an All-American wrestler in 1986. He would later become an amateur sumo wrestler.

In 1994 Yarbrough made his MMA debut, though at the time it was not called mixed martial arts. At UFC 3 he was measured at 6-foot-7 and billed at 616-pounds. His opponent that night, Keith Hackney, weighed in an even 200-pounds. Yardbrough would go on to lose the bout in the first round by TKO and would only fight two more times after. He compiled a record of 1-2 with his last bout coming in 1998 for the PRIDE organization in Japan.

One year after his UFC bout Yarbrough won the world championship in amateur sumo. During his amateur sumo career he was once billed as 882-pounds which prompted the Guinness World Records to give him title of “World’s Heaviest Living Athlete”.

Yarbrough’s longtime manager Beatrice H. Davis gave a statement to UFC.com after his passing, “Emanuel’s passion was to travel. Even though it was not an easy task for him, it never stopped him from following his dreams, and bringing smiles to the faces of all he would meet. He was to be the subject of a new reality show, and would have continued to bring smiles to all those who had the opportunity to be blessed by his infectious, compassionate, loving presence. He will be missed by his millions of fans around the world, friends and family.”