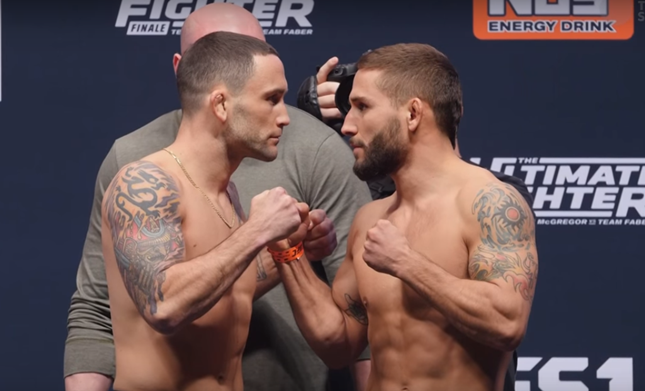 Frankie Edgar continues to remain one of the most consistent fighters in the UFC. The former lightweight champion scored a stunning first round knockout over former featherweight title contender Chad Mendes in their TUF Finale main event bout.

The win pushed Edgar’s win streak to five straight and was by far the biggest in terms of title contention. Edgar has only one loss since dropping down to the featherweight division and that was to current champion Jose Aldo. After the win Edgar staked his claim for a title shot and if you look at the numbers it is hard deny him.

As for Mendes it is back to the drawing board. His career is turing out to be a bridesmaid scenario. He consistently gets close to UFC gold but has never been able to grab hold of it. He is only 1-3 in his last four bouts and with two of those losses coming in title bouts it may be a very long time before he fights for the UFC featherweight championship.

Below are the full results of the TUF 22 Finale.