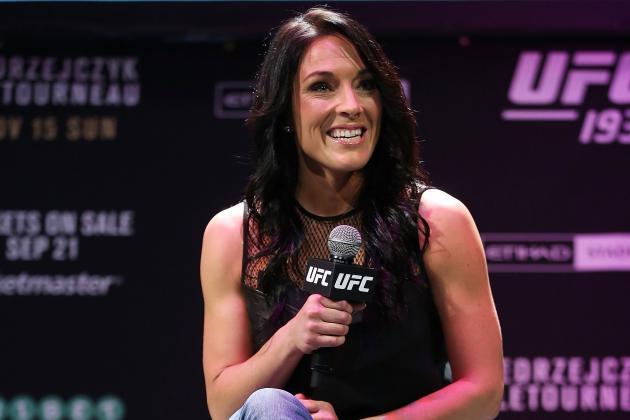 It has been just under a week since the record breaking UFC 193 event. Social media has heard from many of the fighters who participated on the card including former bantamweight champion Ronda Rousey. One fighter, however, has remained silent until now.

Valerie Letourneau faced strawweight champion Joanna Jedrzejczyk in the night’s co-main event. Though Letourneau put up a valiant effort she was no match against the champions offensive onslaught. Jedrzejczyk tied one striking by landing 220 significant strikes in a bout and also set a record by landing 70 leg kicks on her opponent. As being the barrier of all those strikes, Letourneau’s body and face has severely battered.

On Friday Letourneau posted an image of herself on Instgram to let her fans know that she was “healing well” and that she will “come back stronger”.

When the match up was announced many questioned whether or not Letourneau deserved a shot at the title mostly because she was relatively unknown by many fans. After displaying her heart and grit at against Jedrzejczyk  she has sure to have picked up many more fans.

A post shared by Valerie Letourneau (@valerietroubleletourneau) on Nov 20, 2015 at 7:37am PST