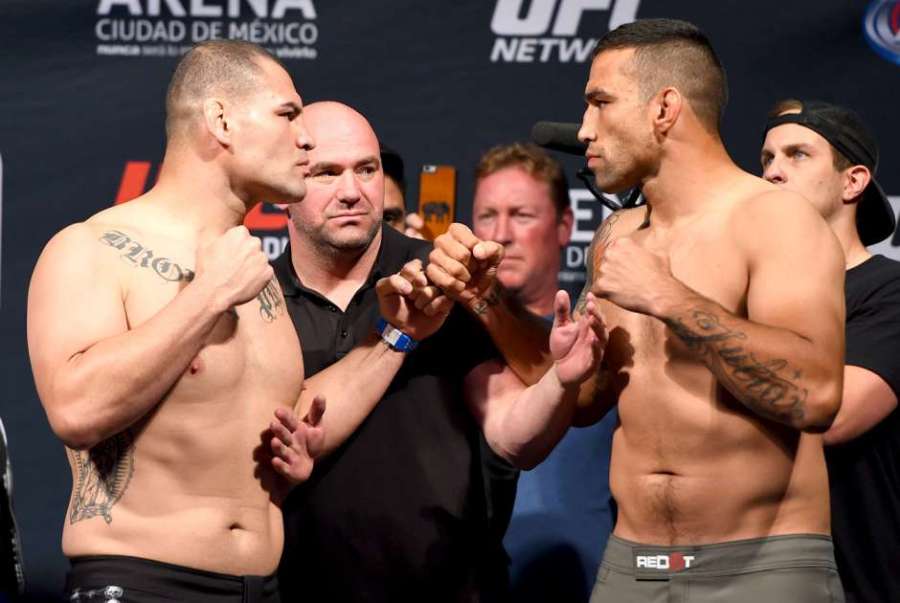 Two years away from the octagon and the ring rust showed on Cain Velasquez as he was submitted by Fabricio Werdum in the main event of their heavyweight championship bout at UFC 188. The event took place in Mexico City, Mexico. Two years away and a fight that is taking place over 7,000 feet above sea level turned out to be a bad mix as Velasquez was gassed after the first round. Werdum, who had previously fought in Mexico City before, took control of the fight from there and was able to submit Velasquez with a guillotine choke to become the undisputed heavyweight champion.

In the night’s co-main event what could have been a potential fight of the year turned out to be a forgettable affair. Gilbert Melendez and Eddie Alvarez squared off in a fight that had been a long time in the making. Back when Melendez was with Strikeforce and Alvarez was fighting for Bellator MMA the two had openly asked to fight each other but it took the UFC to finally pit the two against each other. It turned out that the fight may have been better suited to happen in the past as both men looked sluggish and it was Alvarez who had a little more left in the tank to secure the spilt decision victory. Below are the full results from UFC 188.