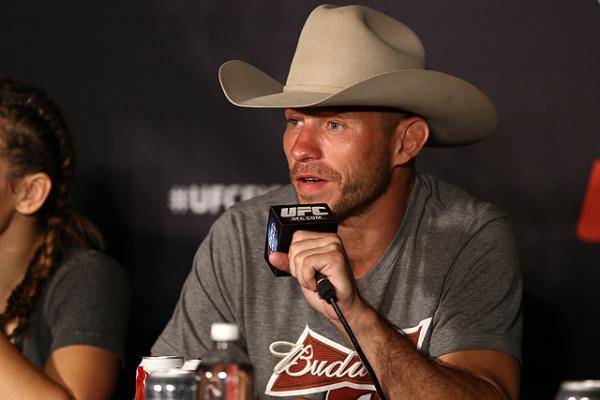 Donald Cerrone only had to wait 24 hours before he was found a new opponent for UFC 187. It was announced on Thursday that John Makdessi (13-3) has agreed to step up and face “Cowboy” on May 23rd at the MGM Grand in Las Vegas. Cerrone’s original opponent Khabib Nurmagomedov was forced to pull out of the fight on Wednesday due to a knee injury.

Though not officially stated by the UFC the bout between Cerrone (27-6) and Nurmagomedov (22-0) was thought by many as being a number one contender match. Corrine could still very well earn a title shot with an impressive performance over Makdessi. Since losing by decision to current champion Rafael Dos Anjos back in 2013, Cerrone has put together a seven-fight win steak. During the streak he as beaten such notable fighters as Benson Henderson, Jim Miller, Eddie Alvarez, and Edson Barboza.

UFC president Dana White has stated that fighters should always recognize and capture opportunities because one may never know if they will come around ever again. Makdessi has grabbed the opportunity to face Cerrone and we shall see what he will do with it. The Quebec fighter is coming off a TKO over Shane Campbell at last weekend’s UFC 186. Makdessi has just under four weeks to prepare for what will be the biggest fight in his UFC career. He debuted for the UFC in 2010 and has compiled a 6-3 record with notable wins over Daron Curickshank and Sam Stout.

UFC 187 will take place on May 23rd live from the MGM Grand in Las Vegas, Nevada and will be headlined by two title fights. Middleweight champion Chris Weidman will look to finally defend his title against Vitor Belfort in a bout that has been rescheduled many times. The main event will crown a new champion as Anthony “Rumble” Johnson will take on Daniel Cormier for the now vacant light heavyweight championship.