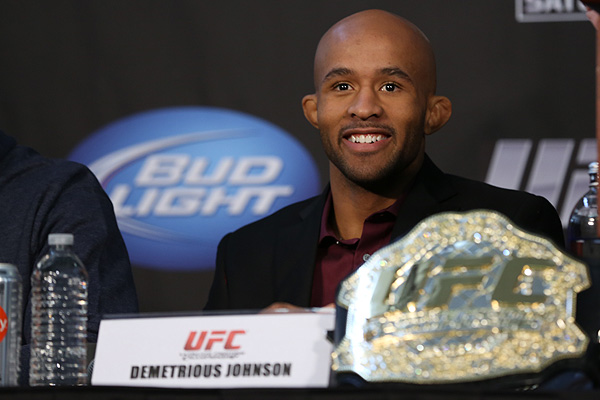 To the victor go the spoils and Demetrious Johnson earned an extra $50K for his performance win over Kyoji Horiguchi in their main event bout. Also awarded $50,000 was Thomas Almeida for his TKO win and also Chad Laprise and Bryan Barberena were recognized for their action packed bout.

Johnson was dominant as ever in his submission win over Horiguchi. “Mighty Mouse” was well on his way to a decision victory but pulled off the latest submission victory in the UFC with an armbar at 4:59 seconds of the fifth round.

Thomas Almeida earned the night’s other performance bonus with his TKO win over Yves Jabouin. The knockout came in first round of their pay-per-view opener. The win pushed Almeida record to a perfect 18-0.

Chad Laprise and Bryan Barberena were both awarded for their back and forth battle on the preliminary card. Laprise was able to take home the win via a unanimous decision.