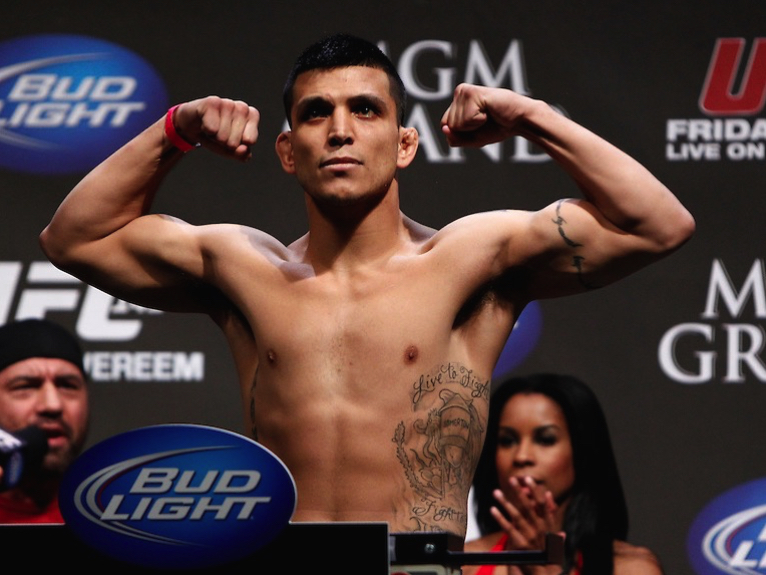 The Ultimate Fighter: Latin America coach Efrain Escudero will now also be on the UFC 188 card live from Mexico City. Escudero who is a former TUF winner will take on Drew Dober. Escudero’s coaching counterpart, Kelvin Gastelum, was announced to fight on the card last week against Nate Marquardt.

Escudero has had a on again, off again relationship with the UFC since first being released from the company in 2010. Escudero is currently in his third stint with the UFC and is 1-1 since returning back in September of 2014.

Drew Dobbs is most infamously known as being on the wrong end of one of the worst stoppages in MMA history. His opponent, Leandro Silva, had Dobbs in a guillotine choke but could not execute the move properly. Dobbs was fighting for position and the referee for the bout thought Dobbs had lost consciousness and stopped the fight. The stoppage was so bad that the CABMMA (Brazilian MMA Athletic Commission) overruled his lost to Leandro Silva and it is officially a no contest.

The UFC is once again stacking this Mexico City card with fighters of Mexican heritage just as they did for UFC 180 back in November of 2014. As of this posting here is the projected card for UFC 188, which takes place at the Mexico City Arena in Mexico City, Mexico on June 13th.