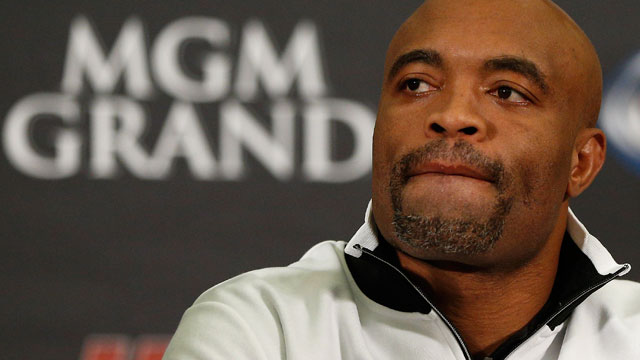 While Nick Diaz is out hiring law firms to fight for money he may lose after failing his post fight drug test at UFC 183 his opponent Anderson Silva has proclaimed that he will fight again in 2016 and will continue to fight for another five years.

Silva is set to face the Nevada State Athletic Commission sometime in April for his failed drug test before and after the UFC 183 event. The former UFC middleweight champion took part in a fan Q&A in Rio de Janeiro, as first reported by MMA Fighting, that he will continue with business as usual while labs analyze all the supplements he took leading up to his fight with Nick Diaz.

“We don’t know yet what’s going to happen because all the stuff I used during the treatment for my broken leg and my supplements were taken to the commission’s lab to be examined so we can find out what happened. I don’t know what happened. It was a surprise for me as well. Coming back next year was my plan, anyway, so it’s normal.”

Silva has remained pretty consistent on his belief that he did no wrongdoing and the it was a strong possibility that it was supplements and or medication he took for his broken leg that could have trigged a positive test result.

Back in October of 2014 Silva had stated that he and the UFC extended his contract for a total of 15 fights. Gaging from what Silva said at this Q&A he seems every bit of serious on fulfilling that contract agreement.

“The only serious injury I had was on my leg. I spoke with my team, we discussed everything and saw that it was possible. We’re training now, focused on fighting for five more years. I already have my schedule for the next five years. If we can fight more, two or three times a year, it’s better.”

All of Silva’ plan can be thrown to the wind if the Nevada Athletic Commission and the lab results prove nothing new and he receives a suspension for his failed drug tests. Time will tell but it seems that Silva wants to go out on his own terms regardless of what test results and fans say.