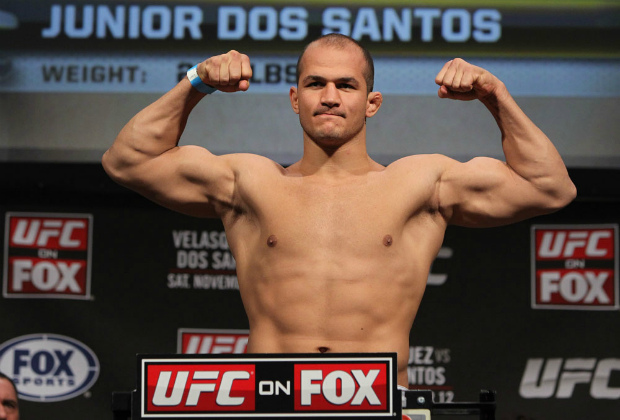 After months of sending out challenges via social media, Alistair Overeem will finally get his wish and face former UFC heavyweight champion Junior Dos Santos. The bout is expected to take place on the next UFC on Fox card.

Overrem (39-14) has been very vocal about his desire to face JDS for quite some time. It should be noted however that the UFC had scheduled the two fighters to face off in 2012 but after failing a pre-fight drug test, Overeem was suspended and the bout was called off. After the bout JDS became very critical of Overeem and brushed off any criticisms that came from the Dutchman’s mouth.

Now a mere three years later both men are at a crossroads in their respective careers. In 2012 both men seemed to be unbeatable as they were both easily defeating their opponents. Since defeating Cain Velasquez in 2011, Dos Santos (17-3) has gone only 3-2 and has looked less than unbeatable in all five of those bouts.

After suffering three knockout losses in the UFC, Overeem has become a much more cautious fighter but it has proven to be successful as he has won his last two bout against Stefan Struve and Roy Nelson.

UFC on Fox will air on December 19 live from the Amway Center in Orlando, Florida and will feature a lightweight championship bout between Rafeal Dos Anjos and Donald Cerrone as the main event.